The two previous posts were really made to be parts of this; a submission for the Doom Cave of the Crystal-Headed Children contest at Metal vs Skin. At first I wasn't really going to publish the pdf at the blog, but then I figured it might be useful to get a few of my thoughts about map features. And either way it won't hurt ;) 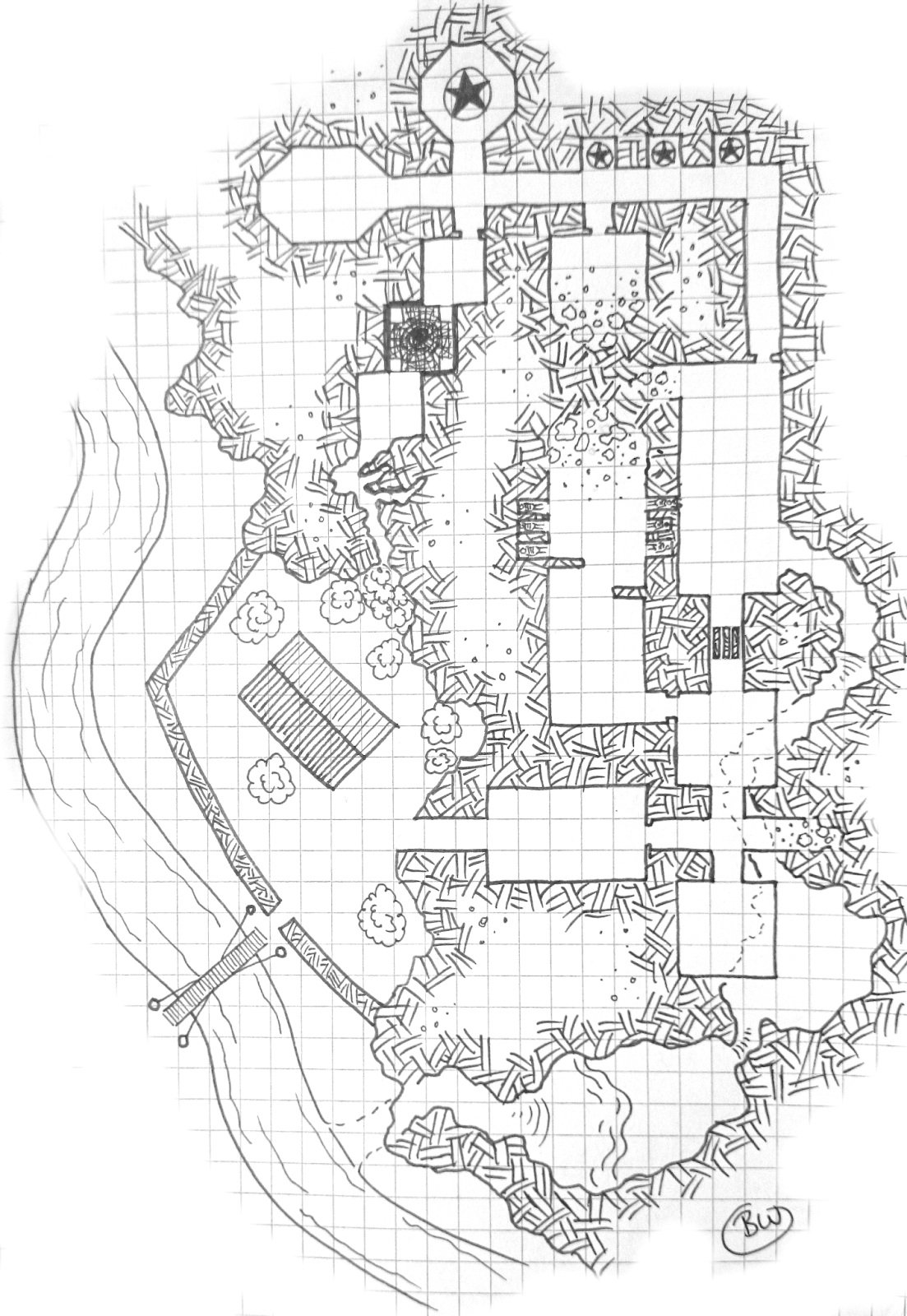 I've been experimenting a bit with a new set of pens. They're of different thickness, so I'm trying to figure out how best to use them for effect and clarity. Any tips and tricks are more than welcome!
Upplagd av BW kl. 02:00 Inga kommentarer: 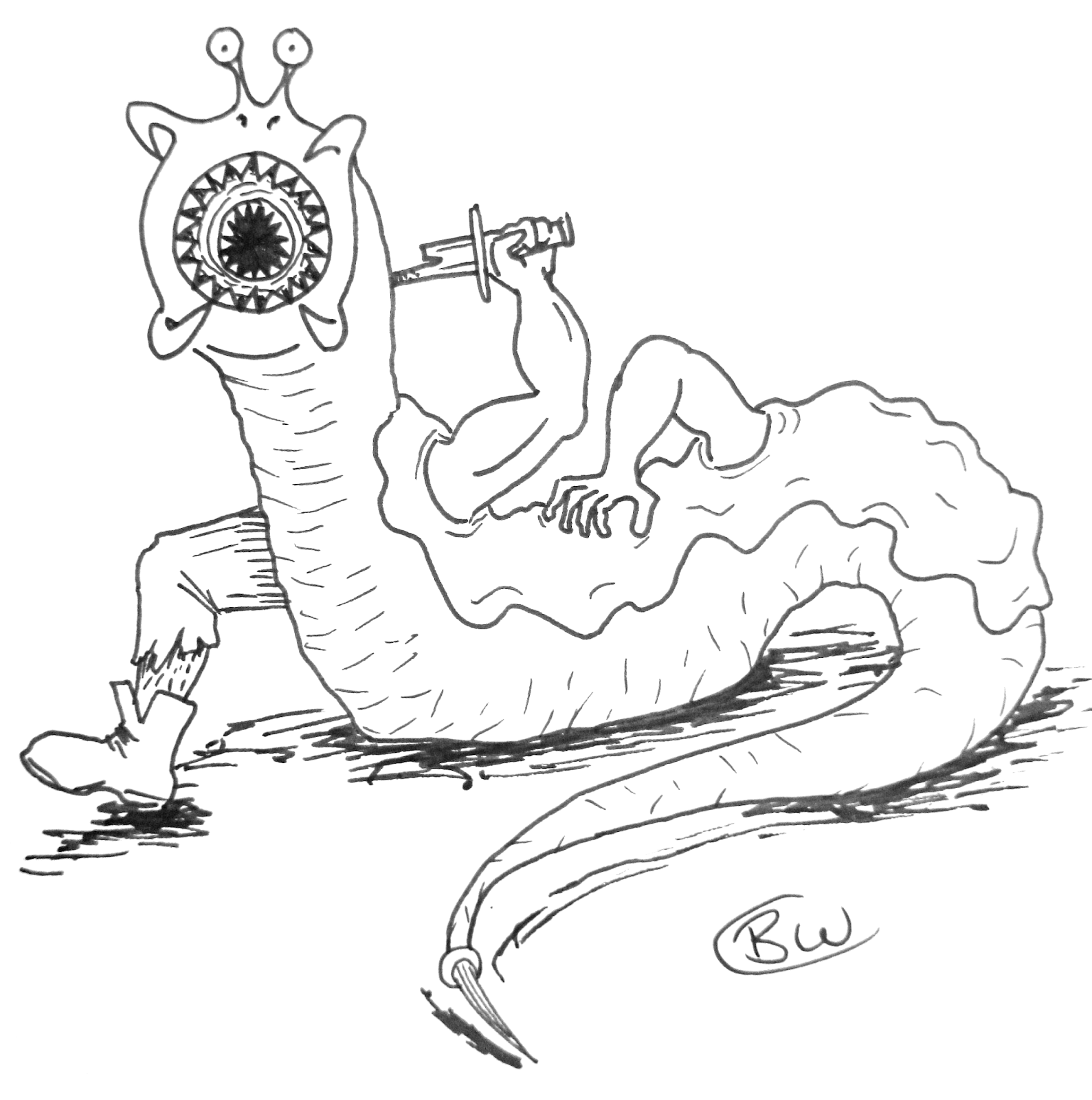 The limb worm is a carnivorous beast with leathery skin. Its back is covered in a strange organic slime. It often keeps limbs from fallen enemies; these attach to the slime and resume normal function controlled by the worm. When the limb worm is found it has d6 limbs (arms, legs, tentacles depending on the slain enemies) attached to it, each giving it 1 extra attack for d6 damage and 1 extra HP (not HD, mind you). Otherwise the primary attack is its sting tail. Anyone hit will take d6 damage and has to save vs paralysis or be paralysed for 24 hours. Each time the limb worm takes damage there's a 1 in 3 chance that it will lose an acquired limb, should it have any left.
Upplagd av BW kl. 02:00 Inga kommentarer: 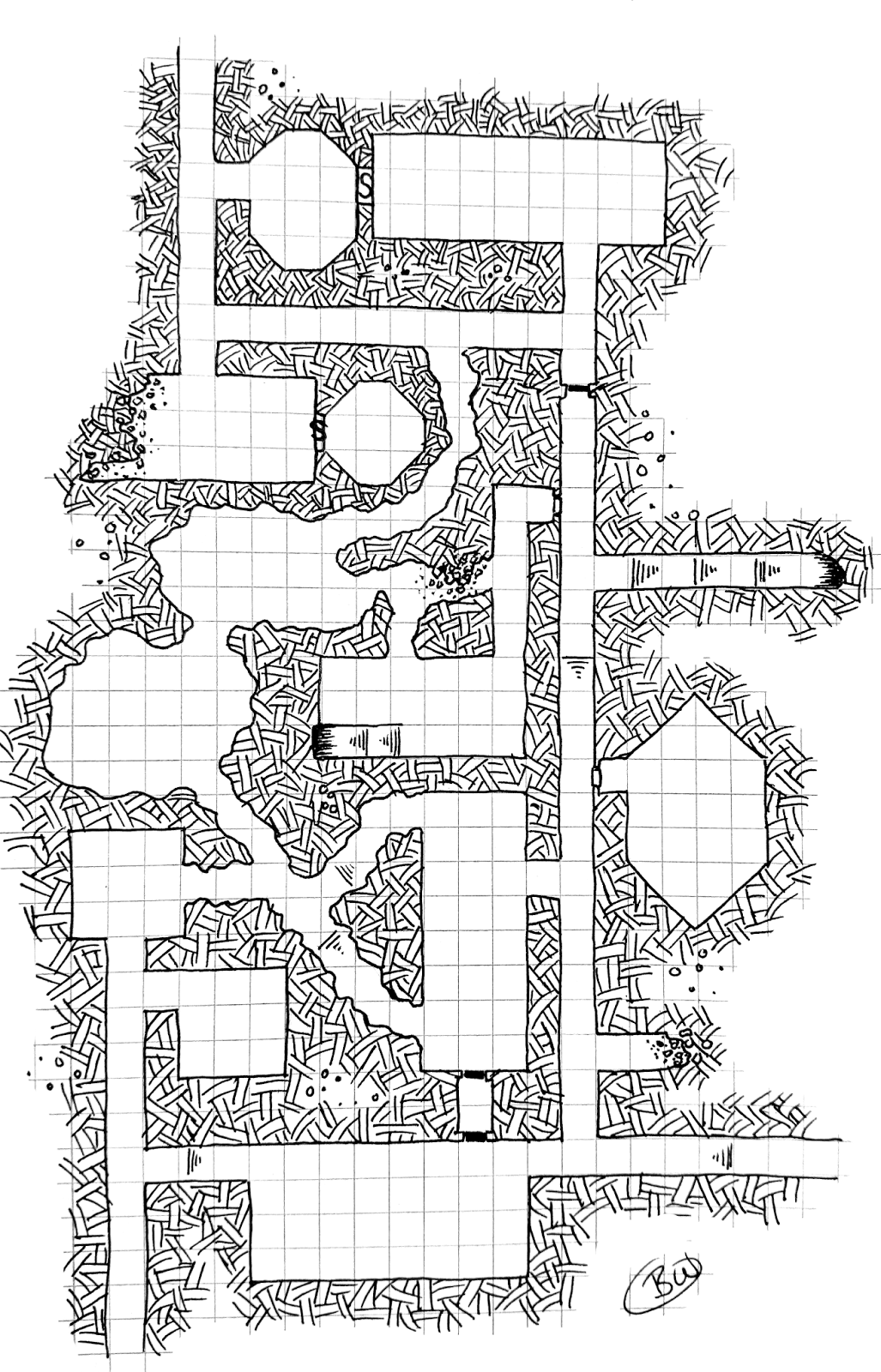 I wish I could say something interesting about this, but in all honestly I just drew it to take my mind off other things.

Do you have suggestions for an adventure in this dungeon? Would you rather use it as a complete dungeon or part of a larger one? Share your thoughts in the comments :)
Upplagd av BW kl. 02:00 Inga kommentarer: 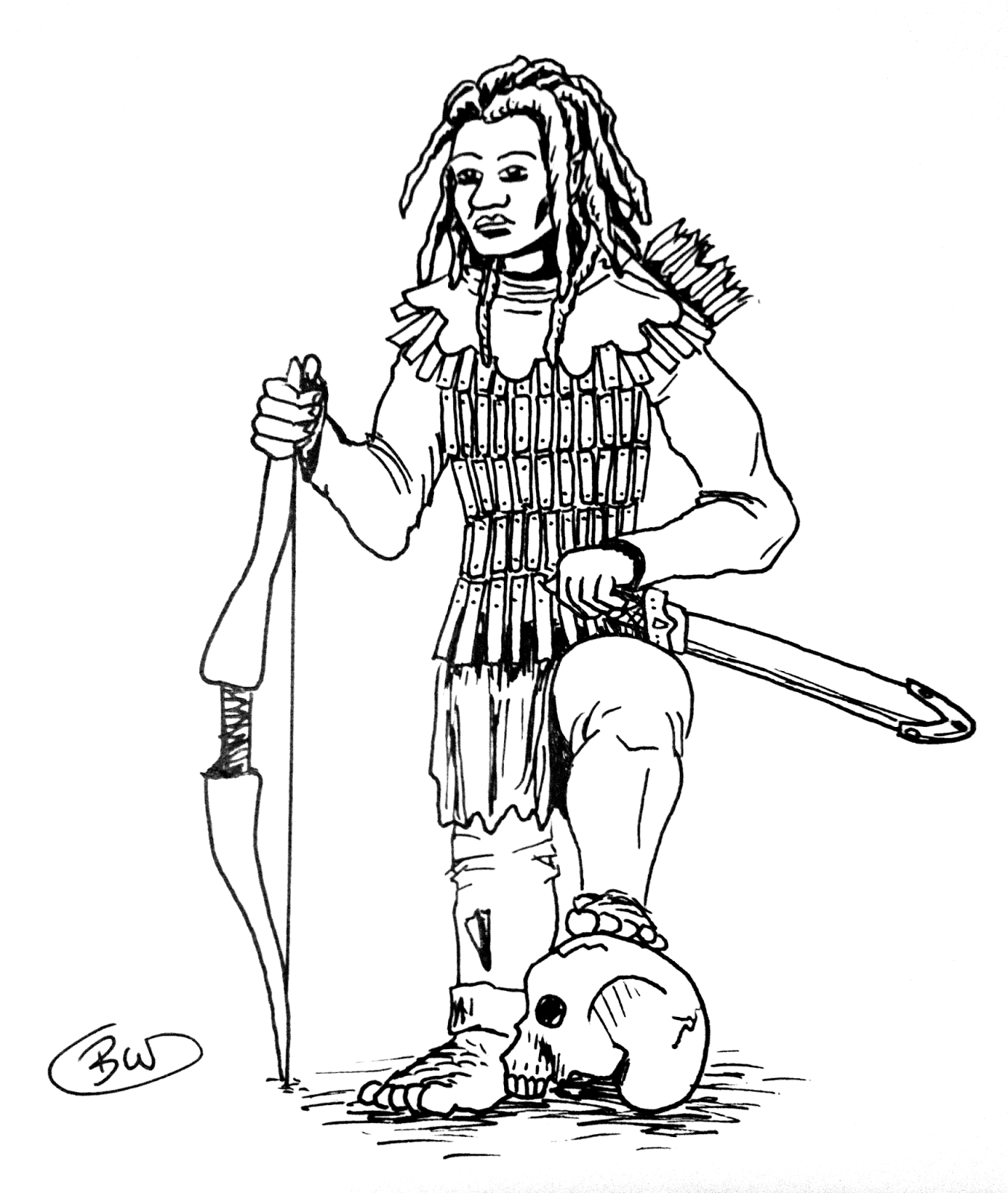 All the posts on this blog so far have been content that was created for this dungeon. It's a 12 room dungeon for characters level 1-3. When I ran it for a party of level 1 characters. It proved quite deadly, even though I made some mistakes that worked in the party's advantage. Even so it made for a very fun session, and I hope some other group will enjoy it as much :)

A small lightning bolt is cast from the spellcasters hand and hits one target automatically. Target must save vs. paralysis or become paralysed for 1d6 rounds. It causes 1d10 damage, but every point of damage it causes is also temporarily drawn from the caster's HP. The spellcaster can not go under 0 HP this way, and can thus not deal more damage than its own HP. Reaching 0 HP when casting this spell will mean that the spellcaster falls unconscious until one HP has been restored. These HP are restored at a rate of 1 per round.
Upplagd av BW kl. 02:00 Inga kommentarer:

Friends of the Naked Knight